Once Kiara finds out about Aarav’s kidnapping, she informs the gang who then decide to inform Anushka, the senior most, trustworthy person of the group. It is revealed how Aarav learnt about Anushka’s affair with his father and he began avoiding her. Later, when RejctX gets a wild card entry into a competition, the members realise that they would need Aarav in the band. Kiara tries to resolve her differences with Aarav and convince him to join the band. 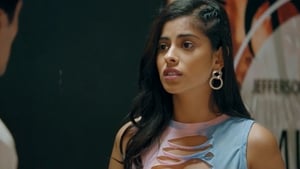